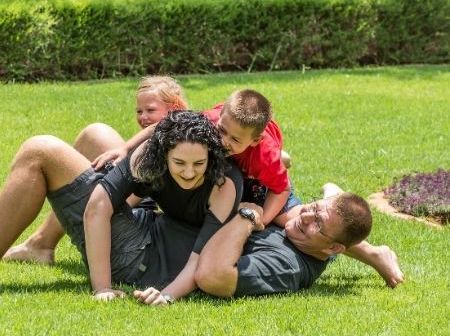 Florida has very different climatic and environmental conditions and this can harbor many different types of insects that could be problematic for your lawn. The following is a list of the most popular insects:

An adult billbug is a black beetle (weevil) that has a “bill” or snout. The chewing mouthparts are at the end of the snout. Billbugs are found throughout Florida and have become more of a problem for Florida lawns in recent years. Zoysiagrass and bermudagrass are preferred hosts, and most damage occurs in fall and spring. If grass consistently wilts in an area of the turf despite proper irrigation, an infestation of root-feeding billbugs should be considered.

Fall armyworms, cutworms, and grass loopers are brown to greenish in color and have stripes along their sides. Fall armyworms and grass loopers may be present during the spring, summer or fall. Moths lay eggs on grass or almost any object near lawns, which hatch within 2 weeks. Fall armyworm damage is often scattered and not confined to patches. Populations of fall armyworms and other lawn caterpillars often feed at the same time in the same location. Fall armyworms and loopers feed during the day and do not rest in a curled position. Cutworm caterpillars usually dig a burrow in the ground or thatch (or use an aeration hole) and emerge at night to chew off grass blades and shoots.This damage may appear as circular spots of dead grass or depressed spots that look like ball marks on golf greens.

Native to central South America, red imported fire ants are established in the U.S. and Australia. Its sting is 95% alkaloid venom, which causes both the pain and white pustule that appears about a day after the sting occurs. In urban settings, they may nest under patio slabs, in lawns, under edges of sidewalks, foundations, concrete driveways, and electrical boxes. After a heavy rain, the colony may move to higher ground or inside homes to take refuge from saturated soil. They also reduce ground-nesting populations of rodents and birds.

Grasshoppers (Orthoptera: Acrididae) are common insects in Florida’s natural areas. They are among the most abundant herbivores in grassland ecosystems and are an important source of food for wildlife, especially birds. There are about 70 species of grasshoppers in Florida. Some species are quite rare and endangered, or unique to Florida.

Grasshopper species tend to have similar life histories. Eggs, clumped together in pods, are deposited in soil. Typically there are five or six immature (nymphal) forms (instars) between the egg and adult stages. Normally there is only one complete life cycle per year, but several species have more than one generation.

Feeding habits vary greatly. Some species feed only on grasses, some only on broadleaf plants, while others feed on a large number of different plants. One species of grasshopper found in Florida, Schistocerca ceratiola Hubbell & Walker, is quite unusual in that if feeds only one species of plant, a shrub known as Florida rosemary. Many species will consume dried plant material as well as green, and even exhibit cannibalism. Often grasshoppers will disperse when favored food plants are depleted, moving into nearby crops or ornamental plants.

Ground pearls are scale insects that suck fluids from the roots of bermudagrass, bahiagrass, St. Augustinegrass, and zoysiagrass, but prefer centipedegrass. They occur throughout Florida, but are more abundant in northern and north-central Florida. The waxy coating surrounding the insect helps it to survive almost any adverse condition, but fortunately, properly watered and otherwise well-managed lawns often do not show noticeable damage, even though they may be heavily infested with these insects.

Mole crickets can become serious pests of turfgrasses, pastures, and vegetable seedlings. Three non-native species of mole crickets occur in Florida, including the tawny, southern, and shortwinged mole crickets. Adults are about 1 1/2 inch long, light brown, and have enlarged forelegs that they use to dig in soil. The forelegs have large blade-like projections, called dactyls, and the number and arrangement of dactyls, as well as the pronotum pattern (area behind the head), are used to identify different species. Nymphs look like adults, but their wings (wing pads) are not completely developed and they can’t reproduce. Shortwinged mole cricket adults have short wings and cannot fly. Mole crickets damage turfgrass in several ways. Nymphs and adults feed on grass roots and blades at night after rain or irrigation, during warm weather. Their tunneling near the soil surface dislodges plants or causes them to dry out. Small mounds of soil are also pushed up by late summer. More than 20 feet of tunneling per night can occur. Tunneling and root-feeding reduce turfgrass density and create patches of bare soil.

The southern chinch bug is the most important insect pest of St. Augustinegrass in Florida, but may also feed on other turfgrasses and weeds. Adults are about 3/16 inch long and are black with white patches on the wings. The young (nymphs) range from 1/16 inch long to nearly adult size. Small nymphs are reddish-orange with a white band across the back, but older nymphs and adults have black bodies. They live in the thatch and suck fluids from the crowns, stems and stolons with their needle-like mouthparts. Infested grass turns yellow, then a burnt-reddish color, and dies. Chinch bugs tend to feed in groups, so dead patches of grass appear and seem to get larger as the insects spread through the grass. Severe damage tends to occur from March through November in southern Florida and from April through October in northern Florida.

Spittlebugs are present throughout the entire state, but they are more abundant in northern and northwestern Florida. They attack all turfgrass species, but centipedegrass is the most susceptible. Adults also feed on ornamental plants, especially hollies. Adults are black with red eyes and legs and have two orange stripes across their wings, and are about 1/4 inch long. The nymphs are yellow or creamy in color with a brown head. They are surrounded by a mass of white frothy spittle that they excrete for protection. Adults are most active in early morning and hide near the soil surface during the heat of the day. Spittlebug feeding causes a purple and/or white stripe to run along the grass blades of infested turfgrass. In heavy infestations, the grass wilts and the tips turn yellow, eventually brown, and then curl. In St. Augustinegrass, spittlebug injury resembles that of chinch bugs. However, unlike chinch bug injury, which tends to occur in sunny areas, spittlebug injury usually appears in shady areas. Spittlebugs are rarely a problem on well-managed turf.

White grubs are immature scarab beetles. When they feed on grass roots, the grass gradually thins, yellows, and dies. This makes the grass feel soft and spongy. Scattered, irregular, brown patches of grass appear, which increase in size over time. The root injury reduces the turf’s ability to take up water and nutrients and withstand drought stress. Heavily infested grass pulls up easily. In addition, white grubs attract moles, raccoons, armadillos, and birds, which can make an already damaged area look worse.